From Our Favourite Cookie To Android’s Newest Version &#8211; Android 8.0 Oreo

Well, for the Gadget geeks who have been waiting for the release of the newest Android Version, with bated breath the wait is finally over! Android has finally rolled out its latest operating system, the Android 8.0 Oreo. Like all other OSs, it is named after a sweet treat, denoting the catchphrase- ‘Powers, and Beyond’. It promises faster operation and multitasking, which makes it ‘sweeter than ever’. 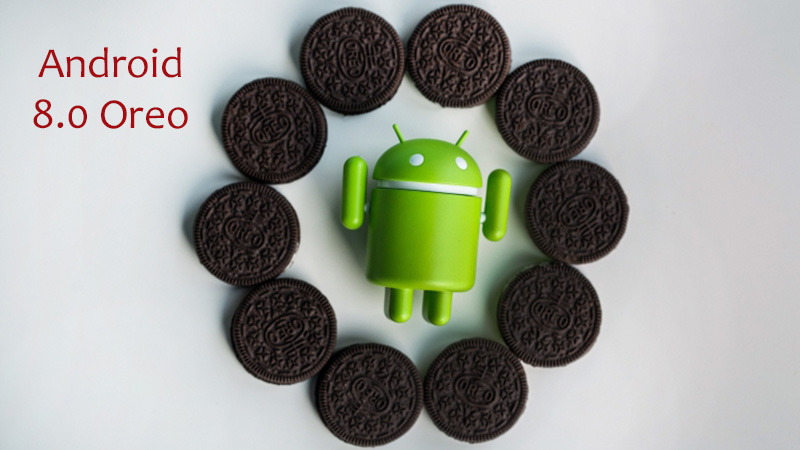 The unveiling took place on 21 August 2017 at the Eclipse event, which was hosted in the New York City (Source: Trusted Reviews). For Pixel and Nexus device users, it is good news, as they have the scope to experience it on their phones even before the non-Google flagship device owners. From revamped appearance to functionality improvements, there are hundreds of cool stuff for you to delve into, given the newly launched OS. You must be wondering what it is. Let us take a quick look at its features:

Now watch videos while working on other apps with this out of the box picture-in-picture mode. Don’t you think it is similar to having a laser vision, allowing a user to access two apps at the same time? Yes, it is! (Source: Gadgets Now) 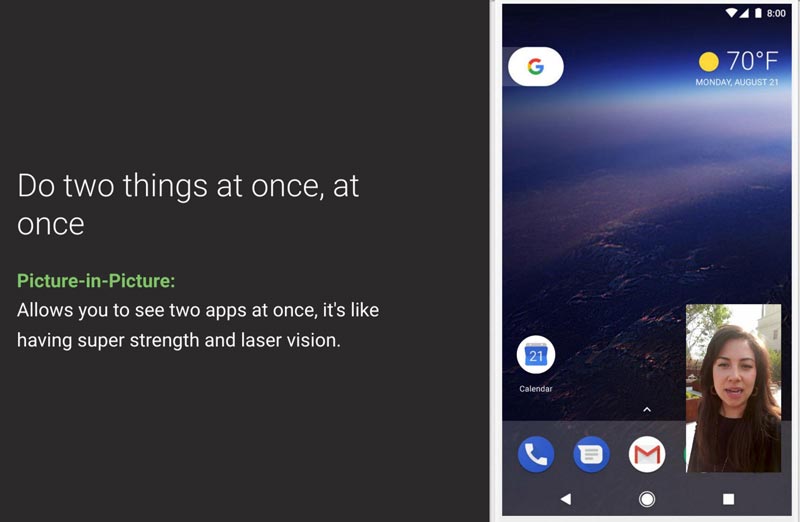 Android O has emulated this feature from Apple iPhones, allowing you to dive into apps by just giving a few taps. This means that notification alerts will now appear in the form of dots just above the app icon. (Source: Android Central) 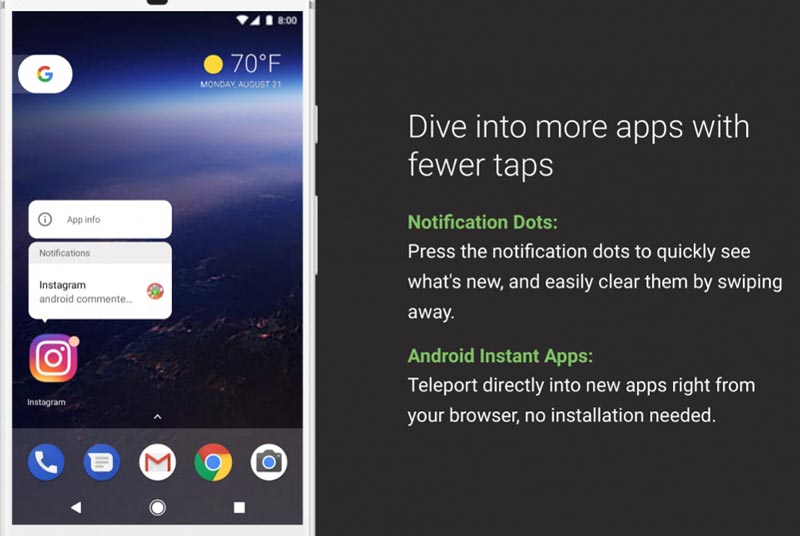 The all-new Smart Text Selection feature will now let you view other contextual options apart from ‘cut’ and ‘copy’. It easily figures out the pertinent information when a user double taps a text. Feeding an address into Google Maps or dialling a number are the two options that you are yet to experience. (Source: Android Police) 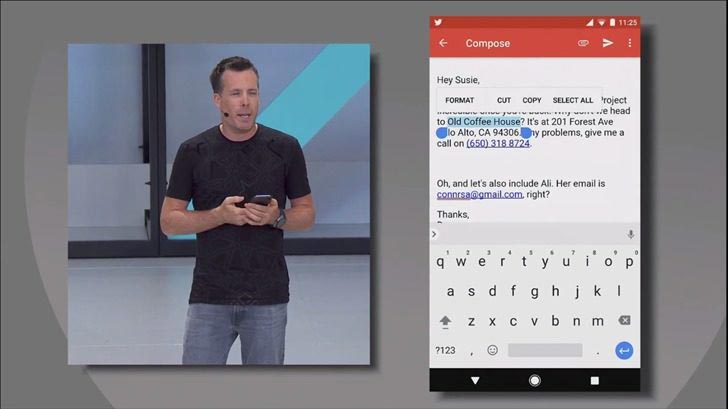 Supersonic speeds are what you can definitely anticipate with OS Optimisations in Android O, be it in phone booting up process or in app loading. (Source: Pocket-Lint)

With Android O, the battery-draining issue will soon end. Thanks to new limits set firmly on Wi-Fi scans and background locations. Saving data more than before will enhance battery life. So keep streaming, talking or playing on your phone without the slightest worries. (Source: Android, Gadgets Now)

Pinning shortcuts from an app to the launcher is easy with Android O. This is not the end as the creation of shortcut is another possibility with it. (Source: Gadgets Now)

Let Autofill memorise your login details to help you reach your preferred apps at supersonic speeds. Get ready to enjoy this system-wide iteration in Android O.

The conference saw the unveiling of Android TV home screen with a new look. Can you guess how it will benefit you? This improvised feature will allow you to search, preview and watch content as suggested by the apps. (Source: Gadgets Now)

Expressing your thoughts will now find a new way. Get ready for a completely new emoji set, fully redesigned for you. 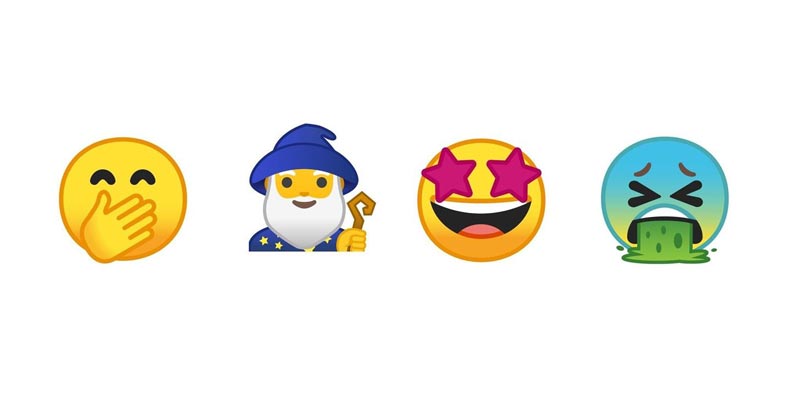 The occurrence of Adaptive Icons means that every icon present on your home screen will have matching shapes. For developers, it suggests the creation of square shaped icons, which will be masked by OEMs for an intra device consistency. (Source: Gadget Hacks, Android)

Having mentioned the cool features of Android O, let us just hope for a better user experience this time.

XML Sitemaps – Guidelines on Their Use

For Your Eyes Only

Ever Wondered Why Your Website Has Failed So Miserably?

Facebook is Going To Have a New Facelift Featuring Breaking News