Allo is a messaging app not many have heard of yet. It is rather new, being released on September 2016, merely 10 months ago, that Google introduced as the “smart messaging app” after its “Hangouts” slumber. Google Allo is pact with features, like personal assistance, and AI mechanism, that makes sharing and accessing content a virtual disco! With the predomination of Whatsapp and FB Messaging, this is something unique, and most likely to attract more users. 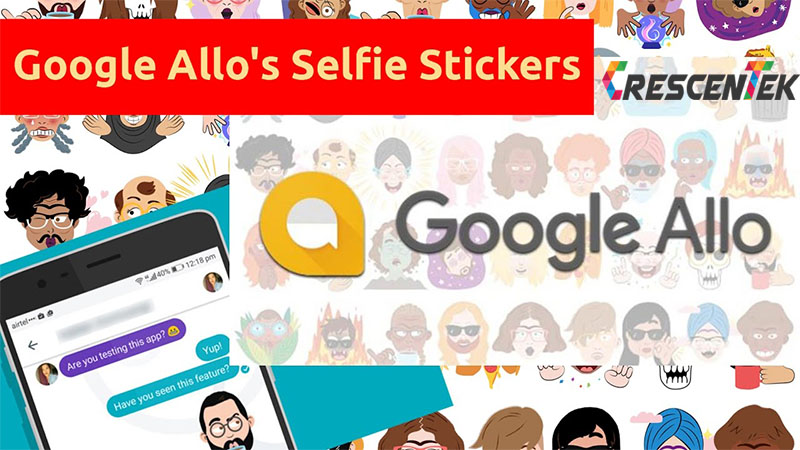 The new addition, with its latest update, is to create stickers packs, using one’s own selfies! And share them with other Google Allo contacts. This feature has been talked about for long, and finally the global roll out is available on Play Store with the latest update of the app.

Google Allo is built combining neutral network generated illustrations that can analyze pixels of varying color, shapes and textures, thus can sensor the placement of eyes, nose and lips in most selfies and create personalized stickers. All you got to do is take a selfie, and the app will automatically create a sticker. It also allows editing the stickers for further styling.

Allo is different from the other two communicational platforms, Google Hangouts and Google Duo. Hangouts is a near obsolete app now that most users put on disable mode, to free up disk space in their phone. Google Duo on the other hand, which was released simultaneously with Allo, is focused on video calling, even though one can share chats and files. Google is shifting base to take the little number of users of Hangouts to use the optimized, dynamically designed Allo, with its cool first of its kind features.

How To Use Google Allo Selfie Stickers

To use the selfie stickers, you have to open a chat thread with someone (of course you have to download the app first). Tap on the emoji button in the compose message section, and swipe to the left and scroll past the default stickers, to find the overflow menu, with three dots. Tap on it, and when the new screen appears, tap on the smiley emoji at far right to access the sticker’s gallery. At the top right of the stickers gallery, there will be the option of selfie sticker. Play with it and have fun.

While you are simply drowsy and lost of words, snoozing on your couch, these selfie stickers can make your friends think you are the coolest friend they have got!!

For Your Eyes Only

Ever Wondered Why Your Website Has Failed So Miserably?

Facebook is Going To Have a New Facelift Featuring Breaking News

Windows 7 Support to Cease in a Year, Microsoft Discloses !!